Hi,
my Xcode project has many targets and each one has its own “strings” files.
How can I handle the push and pull of strings related with a specific target (avoiding to include strings of other targets)?

How can I push/pull only the stings for TargetB?
Thanks

I am Antonis from the Transifex Support team.

Tx Native projects use only one resource so if you have more than one strings file they won’t appear separate in the UI.

You could try pushing the strings based on tags and let me know if that works for you. Please refer to the iOS SDK documentation as well and I have share a screenshot with the specific section I’m talking about. 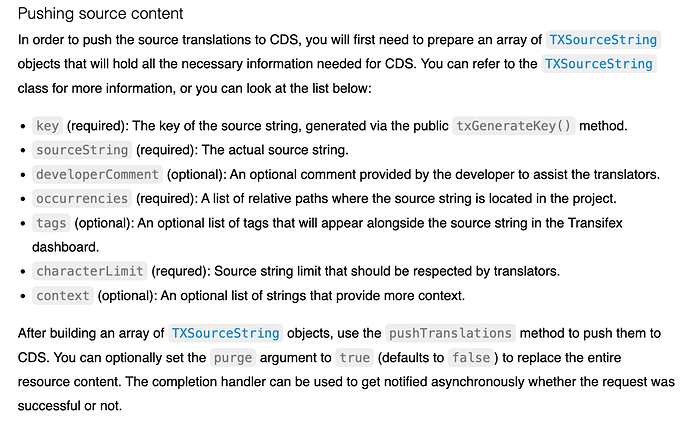 Based on your explanation this is not something that is currently supported with Transifex Native but keep an eye out for when we release multi-branch support for Native which could work for your use case.

Another workaround you could use for now is utilizing file based projects to have separate resources for the different files.

Ok, thanks for the answer!

Have a great day!